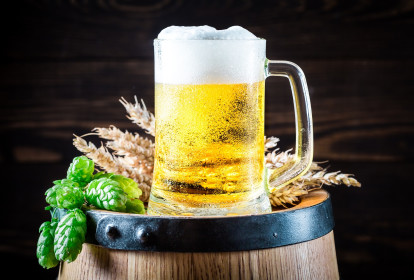 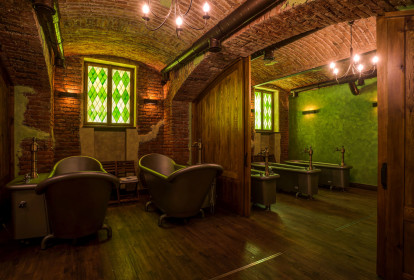 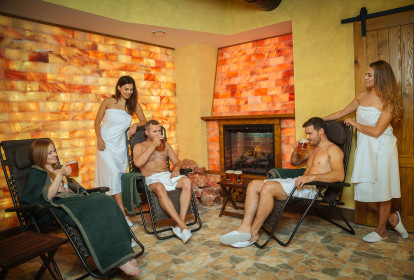 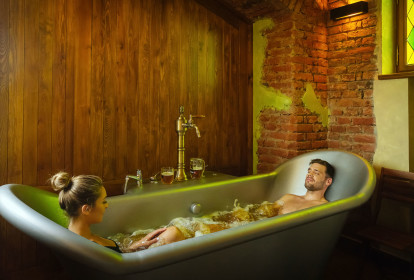 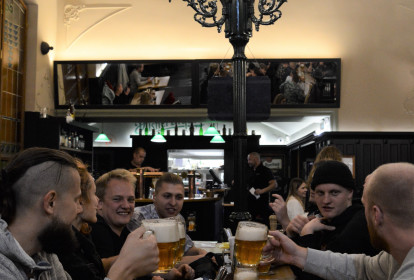 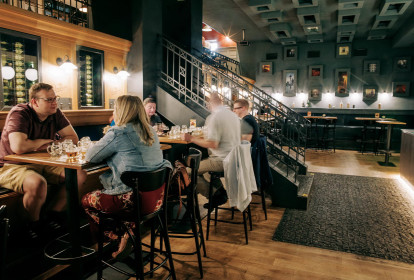 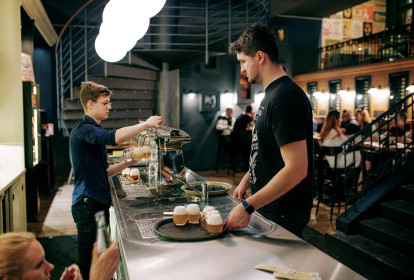 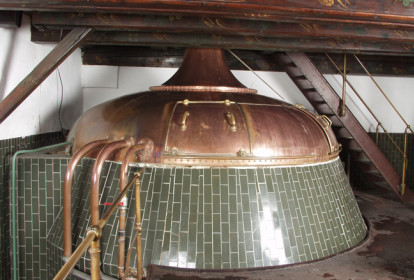 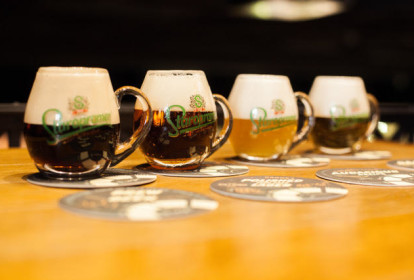 Beer.. The Best Damn Drink In The World

The Big Beer Day stag do activity is only for true beer connoisseurs. Experience a whole day spent enjoying the best activities that revolve around Czech beer in Prague. From sipping a fine brew in the beer spa to taking a tour of one of the city's many microbreweries, by the end of it, you all will have had more beers than you can count. What are you waiting for? Let's get drunk.

Your Pissup guide will pick your stag group up from your hotel, where he'll spend the day with you, bringing you to the activity locations.

First, the group will start off in a beer spa.

Beer Spa Pramen is located near Letná Park in a renovated building a little bit underground. When you and the boys enter, you will each get two towels (one for covering and one for drying), and you will take off your clothes in a locker room. Following the start of the procedure, you will enter metal baths that will be filled with special industrial beer and heated to 37–38 °C. Aren't you lucky? After 30 minutes in the beer bath, clients will move to the salt cave for another 30 minutes of relaxation. During that time, clients will get 3 Kynšperk beers from Kynšperský brewery. The beer is a traditional Czech pilsner. The group can choose between light and dark beer. Damn, the stag is going to love you. After some relaxation, clients go back to the locker room to change and leave the beer spa. If the group size exceeds 15 people, the client will receive a beer keg containing 30 litres of beer.

What You Should Know About The Beer Spa

The next activity is the microbrewery tour.

After the group´s arrival, they are welcomed by the brewery´s tour guide and go on a private excursion of the brewery with commentary, which takes about 45 minutes and is dedicated to the history of the brewery. They then follow with the theoretical part, how it works, knowledge, and the whole process. An education about beer, is a good education. Each member of the group receives one glass of beer during the tour, and one glass is given as a gift at the end. The tour includes a visit to the brewhouse on the first floor with a commentary. Microbrewery Tour (downstairs in the cellar) 10 min. video about the history of the brewery and pub, the way of brewing Flemish beer, spaces, and visiting the lager cellar, then commentary. Flekovské dark beer is their own. Sounds like a brilliant experience right?

What You Should Know About The Microbrewery Tour

The next activity is a pissup in a brewery.

When your stag group arrives at the brewery, they will have a degustation of six various beers of the Staropramen brand in 0,2L glasses. After, everyone will get 1L of their favourite beer from the beer degustation, 100g of potato chips, and a main dish from the current menu. On the menu, there is always some meal cooked with beer. After they are finished drinking and eating, you'll get some valuable lessons at the beer tapping school, where your group will learn to pour their very own pint. I can imagine a lot of you already know how to do so.

A Tour Of The Best Bars In Prague

The last activity is bar guide-focused.

The guide will take your group to the bars around Prague that are known for selling. If you're still standing, of course.

Send Us a Message
Create an itinerary
Activity Added. What's Next?
+ Add More Activities
See your itinerary >
Add Big Beer Day
How can we best help you?
Do you want to change destination?