Has A Certain Someone Been A Naughty Boy?

Let a dressed up police team, including a stunning female stripper, arrest your stag for acting like a bad boy on his weekend away in Budapest.

Give the bachelor the fright of his life when two fake police officers stop him at random for suspicion of breaking the law. They'll make it look like the real thing, from asking for his details to taking his ID. There's no doubt he'll wet his pants. After messing him about for a couple of minutes, the female cop will make it known she has other intentions by starting to seduce the man who's about to get married. To compensate for frightening him, she'll gradually begin to undress and give him a strip show in front of your entire group that he can't resist.

This stag do activity in Budapest is guaranteed to have your whole group in fits of laughter for decades to come.

The event will take place at a bar in the centre of the city. You'll be able to walk there or, if you're a little further out of town, you'll have to take a bus. We'll organize everything and send the location closer to the time.

You'll have to tell your stag that you're just heading out for a couple of drinks to make sure the prank is executed properly. When your group arrives, it's best that you order a round of beers to loosen up before the laughter begins.

While the bachelor is sipping his beer nicely, all of a sudden, a police team will approach him and ask him a number of questions. They'll attempt to convince him he's broken the law. Wait until you lads see this acting; it looks like the real deal. His documents will be requested, as will information about where he is staying, and he will be told what he did to warrant his arrest.

As your friend is being taken away, the female copper has other plans now that he's in handcuffs. She'll push him down on a chair and give her a punishment of her own. Before the stag knows it, her clothes will be on the floor, and she'll be on top of him, making him beg for forgiveness.

The strip show will last between 13-15 minutes. Your mate is probably traumatized after the whole experience, so he'll need something to cheer him up. Book your group on to Budapest's Beer Bus, where you'll be taken around the city to see the best sights while getting to sip unlimited beer for a whole hour. 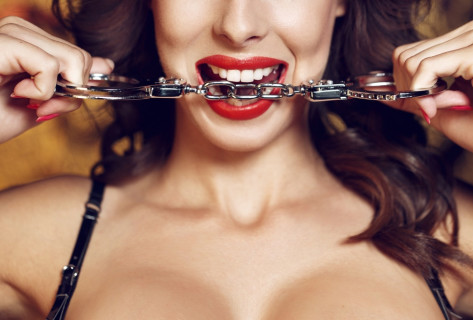 Let a dressed up police team, including a stunning female stripper, arrest your stag for acting like a bad boy on his weekend away in Budapest.

Google Translated Original even if the bar is not amazing

Send Us a Message
Create an itinerary
Activity Added. What's Next?
+ Add More Activities
See your itinerary >
Add Stag Arrest Prank
How can we best help you?
Do you want to change destination?