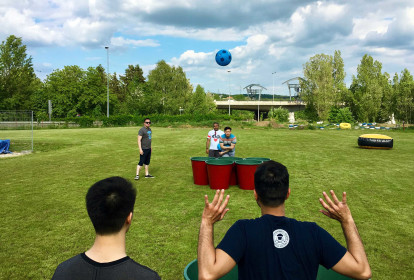 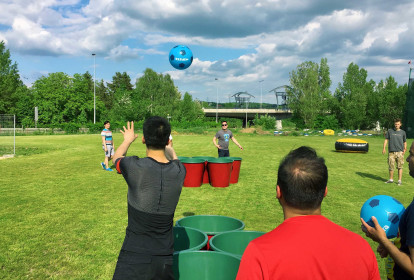 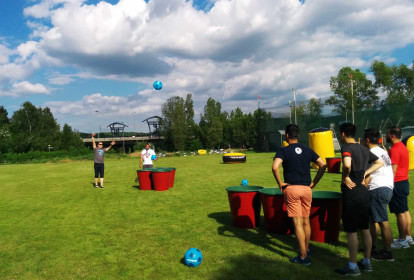 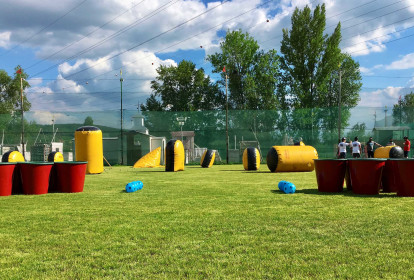 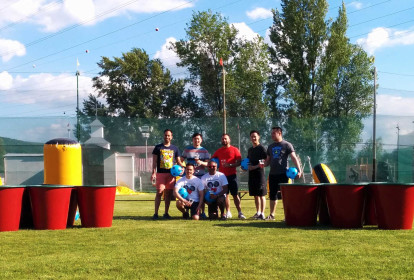 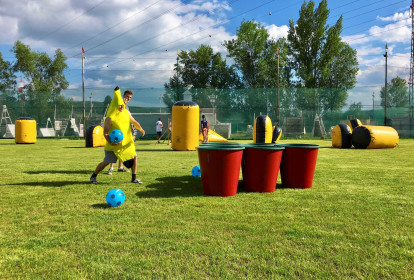 Giant Beer Pong in Prague - you've seen it on American college movies - time to bring a touch of the frat house to your stag do in Prague!

But this is beer pong with a twist: instead of throwing ping-pongs into plastic cups you'll be throwing, and kicking, huge balls (ahem) into barrels.

TRANSPORT: Your group will met up by the guide at your hotel, and taken via private transport to the Giant Beer Pong in Prague location.

ARRIVAL: When you arrive, you'll get instructions on the game. The rules are slightly modified, in comparison to classic beer pong, and then you start playing. Total time of the game and instructions is 1 hour. The organizer/instructor also acts as a referee.

THE GAME: Giant beer pong is played by two teams against each other, with 6 barrels on both sides. Each team needs to hit a ball to every barrel during the game, in order to beat your opponent.

Because this is a giant version brings greater possibilities. For example, a player can kick the balls to the baskets.

DRINKS: The group gets 1 beer or water per person.

AFTER: when the Beer Pong match is over, private transport will take your group back to your hotel.

This is the option for groups of 9 - 11 people. You can choose different group sizes below.

We'd recommend your group to come wearing some suitable shoes suitable for kicking, and sportswear. There are locker rooms and showers at the place.

Giant Beer Pong in Prague - calling all true party animals! - you've seen beer pong in American movies, now's your chance to do it on an EPIC scale!

Send Us a Message
Create an itinerary
Activity Added. What's Next?
+ Add More Activities
See your itinerary >
Add Giant Beer Pong
How can we best help you?
Do you want to change destination?